What you THOUGHT you knew about Sexual Health 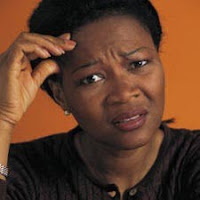 While doing my usual browsing through heath.com, I ran into this article detailing 10 myths about sex and sexual health that people, mainly us ladies, get twisted. I won’t even front, I had a couple things misconstrued. Don’t laugh… I guarantee you’ll run into one or two you believed in too…

Myth 1. You can catch an STD from a toilet seat – I’m already guilty and we’re just at number 1. I remember when I was younger, my godsister told me she knew a girl that got crabs from a dirty toilet. And I’ve believed that ever since. Turns out a cold, hard toilet seat isn’t likely to transmit an STD that can’t live outside of the body for too long. So next time you’re in a public bathroom, feel free to have a seat lol.

Myth 2. You can’t get pregnant the first time you have sex – that sounds like something a dude would say to a virgin just to hit that. "In fact, some statistics say that 20% of people get pregnant within a month of starting sex," says researcher and doctor, Dr. SophiaYen.

Myth 3. You can’t get pregnant during your period – damn, guilty again. It turns out that if you have a really long period, ya cycle can run into your ovulation period and we all know what happens when you have unprotected sex during ovulation. And if you don’t know, I’ll give you nine months to figure it out. Did you know sperm can live for up to 72 hours in your reproductive tract? So not only are dudes slick, but so is their sperm.

Myth 4. Women need a Pap smear when they turn 18 – After some studies were conducted, docs deemed it necessary to get your first Pap test when you’re 21 or after you’ve been sexually active for 3 years. HPV is a major concern but most cases of it clear up on its own within 3 years. Any serious case of it will be detected when you go for your first test.  Plus a lot of girls were avoiding the OBG all together for fear of the invasive testing.  I remember not looking forward to turning 18 to have my legs cocked up in those chililng holsters to let the doc go to work.

Myth 5. The “morning after” pill causes an abortion - There’s a pill out there called RU-486 that causes abortion and is an alternative to the surgery depending on how far along you are. This pill is about 400 bucks and shouldn’t be confused with the 40 dollar Plan B pill you can get from Duane Reid. If you’re prego and you take the Plan B, you’ll still be prego.

Myth 6. The morning after pill is not available to minors without a prescription – Since April of this year 17 year olds and older could purchase Plan B over the counter (from the pharmacist) without a prescription. And since 2006, 18 year olds and older could purchase it. I hear that it’s not good to beast on these pills, though. I wouldn’t recommend taking it every other morning because you and the boo were out of condoms.

Myth 7. Birth control pills make you gain weight – Damn I’m 3 for 7. I know a lot of girls that blew up and they blamed it on birth control. Seems it’s not likely since there have been no studies to link the two. However, the injectable depot medroxyprogesterone acetate (DMPA), or commonly known as the depot shot, has been linked to some weight gain.

Myth 8. IUD birth control is not safe for use in adolescents – now this is some BC I have never even heard of. This type of birth control can prevent pregnancy for up to 12 years once inserted through the cervix and placed in the uterus. Despite many beliefs, it proves to be as effective in adolescents as in young adults and is not the reason for increased risk of pelvic inflammatory disease.

Myth 9. If you get the HPV shot you’re safe from cervical cancer – Gardasil, the HPV shot, doesn’t protect against 30% of cervical cancers. So it’s important to visit your OBGYN and get your regular Pap tests. SB: One day the shot may be approved for boys and men to help prevent the spread of cancer-causing HPV to their female partners.

Myth 10. Douching is a healthy way to clean the vagina – I used to panic if I hadn’t douched in a while, now I’m glad. Douching can cause more harm than good. You know how they say you shouldn’t use hand sanitizers too often because it kills some of the good germs? Well the same thing applies here. The vagina is self cleansing and douching can disturb that balance and spread vaginal infections into the fallopian tubes, uterus and ovaries. It’s important to keep the vagina free of perfumes, scented inserts (tampons and pads) and everything else with fragrances as it can cause vaginal infections.

Email ThisBlogThis!Share to TwitterShare to FacebookShare to Pinterest
Labels: health