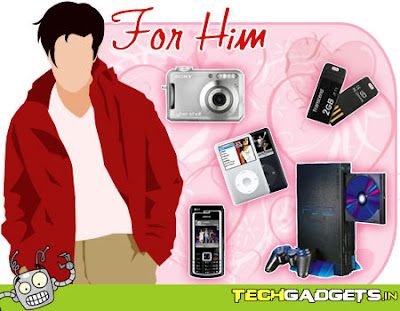 The countdown is on... 4 days to Valentine's Day and I know the fellas can't wait.  Can't wait to rebel, to pretend like the 15th follows the 13th, to completely damn the very existence of cupid, himself.  But can you blame them?  Guys were born to hate obligations and V-Day is the biggest "relationship obligation" to do some crap he just doesn't feel like doing.  It's not like he doesn't love his girl or that he doesn't want to make his girl happy.  He's simply not celebrating Valentine's Day because...

Girls are never satisfied:  If he gets her a card, she wants the roses and the candy.  If he takes her to eat, where's the violinist like in the movies.  If he gets her a Tiffany's necklace, she's digging in the bag looking for the bracelet.  He can't win!  So if he gets her nothing, she can't expect too much more.

He couldn't care less about her bragging rights: What's the first thing a girl does when her man does something nice? She broadcasts it on fb, bbm, twitter, in the signature of her text messages or all of the above.  She can't wait to tell the world that she has the best man in the world only to kick his back in the next week when he forgets to put the toilet seat down or when he comes home drunk smelling like perfume.

One day out of 365 means nothing: Guys feel like they love their girls every single day.  So why does he have to "love on steroids" on this one particular day?  He'd rather embrace the defiance and take her out somewhere nice a week before or even after V-Day... or not at all and that'll show V-Day who's boss.  BF-1: GF-zero

To hell with commercialism: Guys are not in the business of making Hallmark, Build-A-Bear or Godiva rich.  This is not Black Friday and he is not helping the economy out of the red.  Pretty clever trick but guys are not falling for it.

Whether Christian or atheist, it's against his religion:  Nuff said.

There are tons more reasons why guys despise Valentine's Day and ladies, we can't knock them for it.  It's just not a holiday in their favor.  So it's up to us to change up the momentum.  Maybe you can strike a deal with him... buy him something really nice like a week before V-Day and as long as he's not a jerk, he'll want to return the favor.  Or take him on a weekend getaway, shower him with gifts and grub or make it a special day for him.  We can't always sit back waiting for something special to just happen.  Valentine's Day is a celebration of love, not a celebration of girlfriends.  Guys need love too.
Message Approved by Just "J" at 2:17 AM

Email ThisBlogThis!Share to TwitterShare to FacebookShare to Pinterest
Labels: be my valentine, relationships