With a Broken Heart, I Butcher and Burn: Protest #3 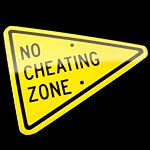 Today I watched everyone's (mainly those without a 9 to 5) favorite show, Maury.  And after watching, I felt the need for another addition to the protest against cheating.  Challenging Cheaters Movement... take 3!

Story #1: OK so let's call the mistress of this story Chee Kuttem.  Chee was dating, kissing and humping the husband of a family member.  They had regular rendez-vous's and Chee started to develop strong feelings for this guy.  And that's usually where side chics go wrong.  They fail to realize they have been hired into a position with a glass ceiling.  Well, to say this chic went postal is an understatement.  Chee decided to get real kinky and during one of their regular sexcapades, she tied him up, fury in her eyes, she reached for a knife and sliced off his manhood.  Then she flushed it down the commode.  But she wasn't completely heartless, she took her sliced and diced boo to the hospital and lucky for him, they went back to her house, got to plunging the toilet and recovered this man's PeeWee Herman.  I'm guessing they rinsed it off first (hopefully.. yuck!!), put it on ice and got it to the hospital to be reunited with it's owner.  Silly broad got 5 years... and he got 5 stitches (maybe more but 5 just flowed with the rest of the sentence).  Moral of the story... unless you're a hell of a liar, there is no way to explain to ya girl why your penis is hanging on by a thread.  SMH.

Story #2: So there was this couple... I think they were married.  Here we'll call the woman Berna Dix.  Berna suspected her husband of cheating because he would leave the house at night and not return until the morning.  So one day Berna was fed up.  He came home one day from work and took a nap in the bedroom.  Berna took this as her cue and boiled a huge pot of water.  Once boiled, she headed straight for the bedroom and dumped the whole pot of water aiming below his waistline.  When he made it to the hospital, he had suffered 2nd degree burns to his manhood.  Berna pleaded no contest and was sentenced to 26 months probation.  And believe it or not, in the end, they got back together!!  I don't know which is worst... having 2nd degree burns or still living with the woman who inflicted them. SMH.