The Worst Kind of Thief Stole My Reality 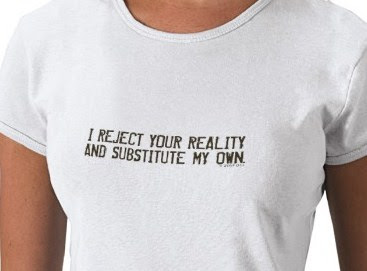 Everybody says they hate liars... it's a pretty universal dislike across the board. Even liars hate liars, go fig. But when thinking of a world of people who steal away realities, I find myself recollecting an incident that happened to me.

Memorial Day of 2008 I was kidnapped/carjacked. I know, I know, awwwww poor thing. No need to have pity because I walked away with something many people in a similar situation have been stripped of... life. But what I didn't walk away with, aside from the car I was driving, my wallet, house keys, digital camera, cell phone and favorite pair of shoes... I didn't walk away with my piece of mind, my security... my reality.

In short, I was at a light with the passenger window cracked. A man approached the car, stuck a 9mm in the window and told me to open the door. After fumbling with the door panel of buttons and accidentally hitting the passenger window button upwards, causing the gun to shift while pointed straight at me (whew), I unlocked the door letting him in. I tried to get out but he told me to close the door and drive. For a split second I searched for the candid cameras. There were none. So with a stranger now my passenger and the 9 pointed at my waist, I made two right turns and was instructed to follow a green jeep Cherokee. Now feeling like Bonnie, no tears, complying with Clyde’s wishes, I followed the jeep into a parking lot where another man got into the back seat. Bonnie then jumped out the window leaving me feeling like a soon to be rape victim. A dozen questions later and a failed attempt to grab my purse before exiting, I was freed from my 7 minutes of captivity, physically unharmed though scared to death.

With this man’s face still vividly imprinted in my head, I can’t set aside the damage he has done to me internally. I was an infant to danger, ignorant of injustice. Now I’m a cynic. I’m like a criminal looking over my shoulders, double checking locked doors, reluctant to roll down windows at red lights. A straight up nervous wreck!

I tried to put myself in his shoes. Judging by the wear and tear on this man’s face, he was clearly a victim of a hard life. Chipped tooth, unkempt dreadlocks. Someone had clearly stolen his reality at birth. He’s probably blinded to what he has stolen from all of his victims because his only objective is to discover a reality he has never had. Seems selfish to me… seems like survival to him. *shrugs*

So to all the reality thieves regardless of your motives, think back to a time when you’re reality was compromised. When you were given no options. When you had no mind to make up, no mind to change. Someone else was feeding you your present and dictating your future. You’d agree it’s an overwhelmingly helpless feeling!! When you tell a lie, when you cheat, when you’re motivated by greed stripping another of reality, you are stealing what would have been real if you hadn’t altered the balance of their world. No bandaid can fix that. Ever.

Like there is no degree of sin, there's no forseen degree of emotion from this type of robbery.  The victim will unpredictably be sentenced to an indefinite time frame of emptiness ranging from moments of sadness to a lifetime of anquish.  So let's make a deal: let me have my reality, and I'll let you have yours.  Deal??
Message Approved by Just "J" at 3:20 PM