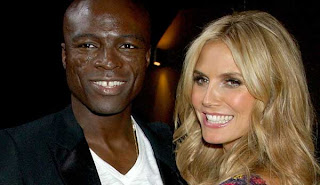 Whoooooaaaaa, where do I come off even using that word when I was raised by the Stick and Stones Manual!! I could have used unattractive, less beautiful, “nice personality”, but none of them have quite the same emphasis as UGLY. So with hopes of offending no one, I pose my question again, do ugly people dump??

In a relationship, there’s always one who loves more, one who works harder at the relationship, or one who is considered to be the less attractive of the two. This person who has the lower hand on things will try to over compensate for what they lack. They may do nicer things, make themselves more available, be extra supportive, more understanding… but when you’re a 5 dating a 10, one thing is almost certain, Mr or Ms 5 is NOT going to dump you. Or will they?

NO Way:
Ugly people are grateful for the charitable gift of love.
Seal wouldn’t dare ditch Heidi Klum
5’s become at least a 7 with a 10 on their arm... without that 10, they're back to the same ol' 5
Jay-Z will NEVER get another Beyonce
They are just trying to get in where they fit in...

Probably so:
Ugly people start to believe they must not be that bad looking
Ray J would have never gotten a show without Kim Kardashian
5’s become more marketable after having a 10 on their track record
Nick Cannon dumped Christina Milian and finagled his way into holy matrimony with Mariah Carey
They are just trying to get in where they fit in...

So my question still remains. Do ugly people dump? Do they? *shrugs*
Message Approved by Just "J" at 1:56 PM