May I Have Some Sex, Please 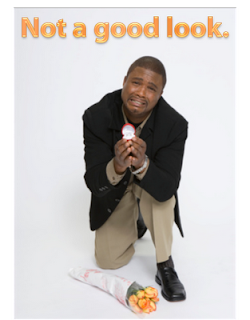 Have we lost our couth?

The once allusive topic SEX has become as commonly discussed as the weather, the Lakers and Obama combined. Censors have been snatched from tv, the radio, waiting rooms, trains, hotel lobbies, playgrounds, church... everywhere! It just rolls off the tongue and no one is flinching. WTH is happening? Is sex so mainstream that we no longer flutter at its mentioning but instead stare boldly as it’s discussed? Furthermore, does this explain why sex is being demanded/requested as casually as the Grey Poupon commercials, as sly as Martin in Bad Boys asking the "neighbors" for a cup of sugar, as adamantly as the man at motor vehicles demanding my license, registration and insurance just minutes before he failed me? (Ok the last one was a reach but damn it sucks failing inspection… totally another topic that will be addressed in a later post, you bet ya bottom dollar… hmmph). I want to know, who could be so arrogant to treat sex as an inheritance… Like the game we played as kids when you snatched someone’s chips and yelled “I Deserve”.  And the only one word response I could arrive at, is… MEN. Ok shoot me, I’m being sexist, yet again. But who cares, build a bridge and get over it fellas. For kicks, in fine print at the end of this post, I’ll say something negative about women to balance it all out… deal?

Yesterday, a guy of my past sent me a message saying, “I need you to remind me of something…” (guy of my past, if you’re reading this, no hard feelings… I’m just tryna advance my quotes, I aint makin you the butt of my jokes). And at first I was pretty unsuspecting of what he meant until he followed up with, “You know what I’m talking about, Jariah.” Pretty wild, I know. But he’s not alone. So many guys think it’s just that easy. No build up… just slide you that little piece of paper saying, “Can we have sex… Circle Yes or No”.

Which leads me to: Horrible Ways to Request/Demand Sex:

I need you to remind me of something…
Can we have sex… Cirlce Yes or No?
Girl, I've been in a drought… can you help me out (no intention to be lyrical lol)
Its 2am, I know you ain't over here to play Yahtzee!?!?
If I pay for this date, what you gonna give me?
You know how many other chics I could be with right now, now show some appreciation. (OK only a pimp could get away with this one)
Baby I won’t think no less of you if you tell me you’re down for a one night stand.
Would you say the chance of me getting some is a Weak -1, a Possible – 5, or a Strong – 10?
This could be a lot more fun if I know sex is a sure shot.
“He” thinks you don’t like him.

Let's get it together fellas.  Learn some finesse and your chances alone will increase 10-fold.
Takeaways: Sex is not earned with redeemable coupons. Sex is not an inheritance. Sex should be spontaneous. Organic is orgasmic. EYEListen.

Fine Print: IF YOU LADIES STOP THROWING YOUR GOODS AT THESE MEN FREELY, MEN MIGHT WANT TO INVEST IN YOUR STOCK INSTEAD OF HAVING THIER HANDS OUT BEGGING! Terms of the deal: MET.
Message Approved by Just "J" at 5:36 PM