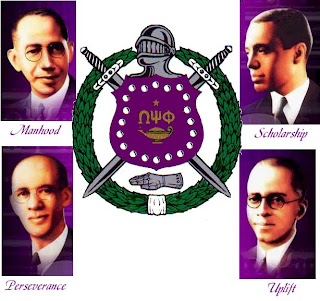 Throw ya HOOKS up, my brothers of Omega Psi Phi!!
Today, November 17th, the bruhz of ΩΨΦ celebrate 99 years of brotherhood, commitment and service!  On this day, in 1911, four black, educated, inspired men came together to found the first black fraternal organization to be founded at a historically black college.  Edgar A. Love, Oscar J. Cooper, Frank Coleman, and Ernest E. Just, combined with vision and determination, came together to build this organization on the cardinal principles of Manhood, Scholarship, Perseverance and Uplift.  And after choosing the Greek initials meaning "FRIENDSHIP IS ESSENTIAL TO THE SOUL", Omega Psi Phi was born.

Over these 99 years of brotherhood, Omega has continued to flourish, largely because their Founders Love, Cooper, Coleman and Just were men of the very highest ideals and intellect. The Founders selected and attracted men of similar ideals and characteristics. It is not by accident that many of America's great black men are/were Omega Men. To this date, there are very few Americans whose lives have not been touched by a member of the Omega Psi Phi Fraternity.

Omega has a rich heritage to be protected, celebrated and enhanced!  Rooooo-Ooooooop! 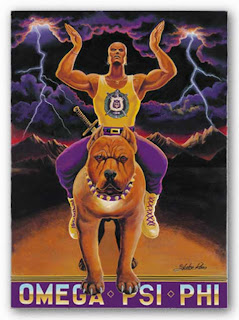 Email ThisBlogThis!Share to TwitterShare to FacebookShare to Pinterest
Labels: Celebration