Death to the Black Sitcom 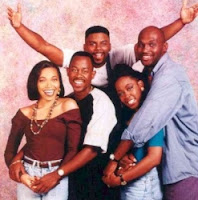 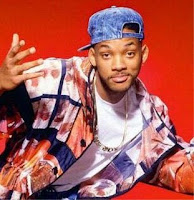 West Philadelphia born and raised... Yo homez smell ya later, look at my kingdom I was finally there. Sit on my thrown I'm the Prince of Bel-Air. 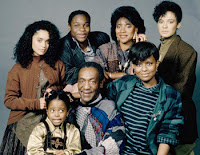 This the best darn elevator music I ever heard...

When you're lost out there and you're all alone, somebody is waiting to carry you home...

You couldn't tear the smile off your face after watching these shows!  Watching Martin as himself, Sha-nae-nae, Jerome in the house, and even his own mother!  Then you had brother man from the 5th floor (four fingers up).  Martin calling Pam "Un-beweaveable".  And her calling him Heady Krugar.  Or do you remember when Will was trying to teach Ashley how to be tough: Back up!  Back up!  Mind ya business, that's all, just mind ya business!  Or wait, do you remember when Rudy an'-em did that song for their grandparents singing bay-baeeeeee, you know I lovvvvveeeeee youuuu.  And how Bud swore by his brother's word: Well my brother said the woman is supposed to obey the man.  And you can't forget when Urkel made that machine and hushed everyone with "Shhhhh, NOT while I'm pouring".  This stuff was CLASSIC comedy.  Like Laugh Out Loud before the LOL was even invented!  Since those days.... Death to the Black Sitcoms!

History was made when not just the black community but the other kinds too banded together to bring back the sitcom, The Game.  Its 1st episode back had something nuts like 9 mill viewers.  Or maybe it was 7.5... Whichever, this was a black sitcom making its re-debut on black entertainment television with ratings on steroids. Something we had never seen before!  Black sitcoms stand up!!  Whoop Whoop!!  And to join The Game in the field of successful black sitcoms, we have.... Uhhhh.... Ahem... My producers are shaking their heads, dumbfounded... (Cue the crickets)...

Ok, Ok, let's not front, there's: My Wife and Kids, Everybody Hates Chris, Tyler Perry is holding it down with the hilarious House of Paine and the mediocre-ly funny Meet the Browns... And yup, of your 900+ channels on direct tv, satellite, and fios... that about sums it up.  Now don't get me wrong, black people fill up a multitude of roles on "the other kinds" shows.  But where are the Black sitcoms?  Where are the black families, the not so stereotypical black humor, the MESSAGE (said in my Damon Wayans voice)?  The Cosbys were wealthy, the Banks family was wealthy, I mean Tommy didn't have a job but Martin and them did ok for themselves.  This was black people at their best! So what went wrong?

The Audience: Blame evolution, blame gas prices, blame January's snow, but there is an obvious shift in what we find funny now-a-days!  Look around, we rely on reality shows to provide that as-close-to-real-life-as-it-can-get humor that isn't really all that funny.  Pitiful, yes, hopeless, absolutely... funny, a longshot!  In your DVD case right now you have seasons of Martin episodes that you will pop in every Thanksgiving to redirect the potential "family gathering dysfunction" which results in the whole house cracking up.  I mean really, will anyone purchase season 1 of Keeping up with the Kardashians???  I mean really??

The Attempt: Ok so a prime time slot to ease in a black sitcom is after The Game.  The Game goes off and if your not already knocked out, you're likely to watch whatever comes on next, which turned out to be Let's Stay Together.  I indulge though I'm hardly impressed. It's not really funny, I can't really connect or relate to the characters, they don't even seem to have a real connection or relate to each other!  And worst of all, its a fashion show!  The girls got their hair did and they walk around in 6 inch stripper heels on every show.  It's that stereotypical black girl attitude head jerking and fingers snapping. I'm soo over it!  The women seem to be in control and the men passively follow.  Who exactly is this a reflection of... Or better yet, a role model for??

The Absence: This is optimal timing for black writers to step in and grab the reins on this galloping stallion of an opportunity.  Hell, I wish I had screenplay writing abilities!!  I'd create a show that can reflect black unity without feeding into the fried chicken and watermelon theories.  We don't need "Yo, yo's" and "Nah Means" to relate to a storyline. The girls don't need long flowing weaves and stilettos to hold our attention.  Mrs. Huxtable was a fox!  No hootchie attire needed!  If we could get a black sitcom that isn't so consumed in embracing the alleged "black culture" we would have a better time overshadowing (not quite erasing) this color barrier line.  We, black people, know who we are.  We know what we've been through.  It's time we assimilate into society and watch shows with US behaving as just people.  We don't need to name our characters Jamal or Kita in an attempt to "represent" our people.  My best girlfriend and her husband just recently named their black kids Maddison and Jaidan.  They have a house in upstate NY with a pool and 2 cats.  And they don't eat watermelon! (Ok sorry Dah, I know you don't have Nayla and Smokey anymore and that you probably DO eat watermelon, but this is just for arguments sake!). They don't live in the city or an urban area but they are a black couple living out THEIR American dream. Can a show reflect their real BLACK lives?

Death to the black sitcom until the light bulb goes off in someone's head saying: you know what, I'm going to create a show in the idea of American concepts, values, and ideas (as twisted as some of em may be)... Then I'm going to drown it in humor appealed to by the masses.  It'll encompass family, romance, a touch of drama and of course conflict resolution (gotta have that MESSAGE).  And to top it off, I'm going to give it an all black cast. Eureka!

And if the script decided to drop the 'g' from all the -ing ending words and it was given a bit of that black people swag... Just to make it a bit more relevant, I wouldn't mind that at all! ;-) EYEListen.


OTHERWISE... DEATH TO THE BLACK SITCOM!
Message Approved by Just "J" at 9:42 PM