The Relationship Experts: Men, Women, Or?

Keep it real, who are the relationship experts??

Women- who waste no time with lame-o's who aren't on their dean. Women, who couldn't care less about the bull and focuses on the strength and upbringing of her man and their relationship. The one who keeps the house in order, the kids in order and orders her man to be the best man he can be.

Men- who waste no time with bum chics who aren't on their dean. Men, who couldn't care less about the bull and are the protectors and the rock for his woman and their relationship. Who keeps the finances in order, the security in order and orders his woman to be the best woman she can be.

All credit goes to the half pints, the midgets, the apples who have fallen pretty far from the tree... The kids! 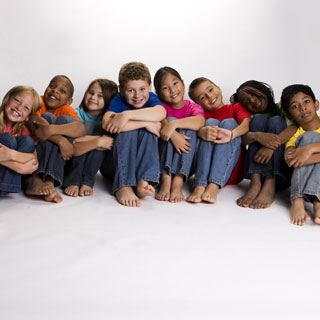 Scenario A
A kid walks into school. He sizes up the class, takes mental note of the blocks section equipped with has favorite Legos and remains quite for the right time to make his move. The teacher screams "Activity time!" and this kid makes his way to those Legos. Other kids come over and instead of checking out their kicks or making sure they got fresh cuts or neat ponytails, he's passing off a few Legos telling them how his daddy built a Lego building taller than the monkey bars. An instant best friend is found, and they have already pointed out the girl they will tease.

Scenario B
A kid is at yet another adult event with 10 feet tall people all talking too much in a dialect too convoluted to be understood. Kid scans the room and immediately locks eyes with another of her height and they do a stare down until the shy kid ducks behind mommy's legs.  The brave one tells her mom she wants to go play and runs over to the shy kid. Her mom nods and the two run over to a small corner to play ring-around-the-rosy. They discuss barbies, and tell their mommy's business while pinky promising secrecy. Instant best friends!

Scenario C
True Story: My godson and neice were both 3 years old. My neice was leaning on my lap and scurried off to go get a book. Immediately my godson seizes the opportunity to take her spot leaning on my lap. When my neice returns, here's how the convo went:
Shyla: "Move Jashan" and stands on his foot
Jashan: "Godma, Shyla is on my foot"
Me: "Shyla get off Jahan's foot... Jashan did she move?"
Jashan: "Nooooo"
I move Shyla over.
Shyla: "Jashan that's why I'm not your friend!"
Jashan: "Well I'm not your friend then!"
Jashan feels bad.
Jashan: "You want my ball?"
Shyla: "No."
Jashan: looking around "You want that book?"
Shyla: "No!"
Jashan: "Well what do you want?"
Shyla: "Leave me alone!"
Jashan: instantly annoyed whispers "You don't know what you want!"
And that was probably the beginning of a life long dispute between man and woman.  But, nonetheless, 45 seconds later Go, Diego, Go was on t.v. and the two were happy again.

Moral of the story... when man and woman argue, click on Diego and POOF, instant conflict resolution.
j/k =)

Kids have mastered the art of embracing relationships, the art of living for the moment, the art of coloring inside, outside and all over the lines!  They live life without bounds, with mommy's permission of course, and refrain from getting caught up with whatever makes them unhappy.  They avoid the kids with cooties (adult version - those we're warned to stay away from, cuz they got what we don't want), they avoid the bullies (adult version - those who don't mean well and prey on our insecurities), those in detention (adult version - troublemakers), the dropouts (adult version - those who have given up on life).  You tell a kid who's the bad guy or girl and if it's a good kid, that kid stands clear.  Because kids watch adults argue, cry, and endure hurt... so if this good kid can avoid relationship hardships by brushing past a few nuances, they are all for it.  The only pain a kid wants to feel is the kind coming from a tickle that sucks all the air out from laughing so hard!


Women will tolerate a man without a job cuz he's cute.  Men will tolerate a woman who's a birdbrain cuz she's cute.  But cute or not, a kid can't spell tolerate, dreads the idea of job and thinks bird's brains are pretty sigificant cuz they make birds fly!  A kid just wants to be happy, and pursues just that.


Disclaimer: my hunny insists that I point out the fact that I'm talking about kids and not pain in the @$$ teenagers who are old enough to know something but too young to realize they don't know anything at all.  Better Kyle? lol thx
Message Approved by Just "J" at 10:51 PM