I don't often feature articles without my own two cents of input but this particular story speaks for itself.  This fits right in line with my posts on infidelity over the past few days.

Somali Man Stoned to Death by Militants for Adultery is an article on Huffington Post accompanied by several graphic pics.  This guy cheated and was sentenced to be stoned while villagers were forced to look on.  The "side chic" received 100 lashes, though, nothing more because she was not married at the time.

Check the article out and scroll through the pics.  I copied a few below.  Beware, they're pretty graphic.

Here's some accountability and consequence... 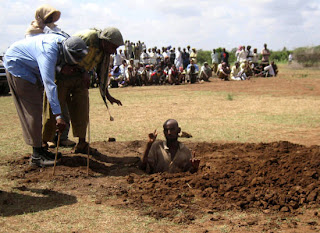 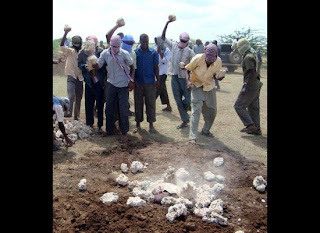 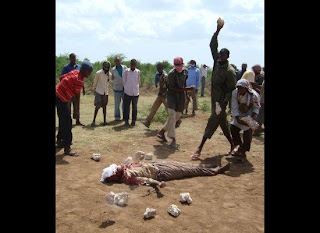