Is Light Skin Still In?? 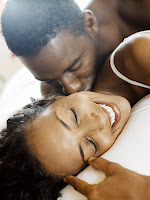 The light skin vs dark skin phenomenon will forever live on. I remember being in 7th grade being in love with the light skin honey with the light eyes and curly hair. (Elijah get a facebook) And when he kissed the girl that I used to call my sister (not cuz we were super close, but cuz people thought we had similar features), my love for the light skin brother ended. Sounds like unfair shade-ism but I had every right to turn my back on the very shade that I call my own.


Why Light Skin isn’t in (especially when you’re already the cream in the coffee)
Light Skin = Conceited and soft
Light Skin + Light Skin = an invisible baby
Photos come out with a background, some other people, and an explosion of light in the center.
In a relationship, one, if not both, will think he/she is prettier than the other. And that much vanity in one relationship is not cute.
You spend the whole relationship fighting for your love cuz someone of darker skin wants your boo. And everybody knows dark skin people are better fighters.
You can’t smack a light skin person cuz that red hand print across their face will put you in jail.
Light skin-did people are liars:
Average Joe: You have very fair skin, you must be mixed.
Light Skin Liar: No the hell I’m not… 100% black, baby!!
Light skin with nappy, peasy hair seems like an oxymoron that is often confronted with baby hair brushed and gelled to the forehead.
Research shows that lighter skin blacks are treated better and in turn get better jobs. Then when said light skin person opens his/her mouth, reciting urbandictionary.com, the boss realizes he made a mistake.
A light skin person who takes a week off from shaving turns into Big Foot.
Light skin people get tattoos on their necks to appear tougher… something else the boss realized too late.
If light skin people realize they really do get ashy, Jergens would be rich.
A smidget of too much makeup turns cute light skin girl into someone you hire to do face paintings and wear a red nose at ya kid’s birthday parties.
Everybody light skin ain’t cute!!
The list goes on…

I hope no one took offense to anything stated… and if you did, you’re probably light skin. All in all, I love dark skin, brown skin and any other skin significantly tanner than my own. (Love you KR). Be sure to check out the video below… sooo appropriate with the topic.

As a matter of Fact!!
February 5
1934 - Henry "Home Run King" Arron, baseball superstar was born
1950 - Singer Natalie Cole was born
1990 - Barack Obama became the 1st African American named president of the Harvard Law Review (you thought I was about to say of the US lol)
2010 - I did a brave thing and trash-talked blogged about my fellow light skin-dids