What's a career criminal?  Someone who has been in and out of jail so much that his career goals and aspirations must be to wear an orange jumpsuit until he can collect his pension, his 401k, social security or whatever else he must think is waiting for him at the end of his 25 to life.  (uhhh nothing loser!)

Now replace criminal with girlfriend... and you have just defined a woman who is two wedding bells short of ever becoming a wife. 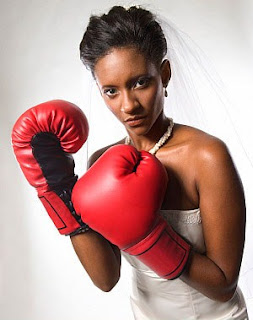 In our generation, there's a lot of skepticism and cynical criticism about marriage.  People have opted for being lifelong girlfriends and boyfriends, no rings, no real title... just two people enjoying their relationship (or driving each other crazy) for as long as they both shall live.  And hey, it's your world!  If the two of you have agreed to this, no unification before God should stand in the way.  Besides, you have the Common Law giving you just about all the perks real marriage can give you anyway (darn you lawmakers).

But then there's the career girlfriend who wants to be a wife.  The girl who has been in long term relationships her whole entire life and always loses her guy (or dumps him) two months shy of him meeting the girl of his dreams who he marries 6 months later.  OR you have the girl who's been with her guy since high school, gave him the best 5 to 10 years of her life, a couple babies, the culinary skills to have auditioned for top chef, the looks to have audtioned for top model, and (shoot, I've ran out of reality shows... think, think, think) and the freakiness to have auditioned for Tela and Tequila!!  (Give me a break, I don't watch tv!).  Yet she has no ring to show for her years of hard labor.  Not even a promise to be married by date XX.  You don't even have cable for fear of you DVRing all the wedding shows to throw in his face oh so subtly...

So now the question I pose to you is: "How old is too old to still be a girlfriend?"

Hey, I'm not trying to put men in the hot seat (or am I) but women who want to be married and have been with their boyfriends for 5+ years, are all wondering the same thing: "Do you just expect me to be your girlfriend forever?"  If its a financial setback I totally understand.... Yeah, understand why you can't have a fairy tale wedding!  But why can't you take your girl to City Hall and make this union official.  Or go to my church! My pastor will give you a wedding in front of the congregation and he'll even fund your hotel stay for your first round of legal sex.  Yes, no sooner than the kissing of the bride, he will announce how he will be giving you 79 bucks so you can stay at the local telly!  He's such a mess lol. 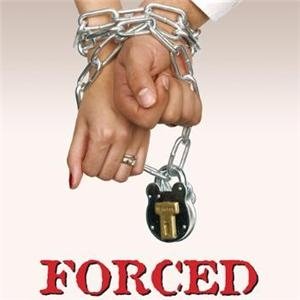 Ladies, if you have been with your man since the late 90s, you live together, you're the emergency contact on his health insurance, you know his whole starting lineup on his fantasy league team, AND you wish to be married, what the heck is the deal?  I know you're tired of holding your tongue.  So what do you do?  The last thing I would ever want you to do is give a man an ultimatum simply because I don't believe in backing a man into a corner for him to marry you.  I already told my hunny that if he plans on having children with me, it will be AFTER my last name changes... simple as that!  That way, when I feel like I've put in too many years and we're still playing "house" I will have the freedom to pick up and leave.  I guess if you have already started having children with your guy, he's really not pressed to put a ring on it because in his head he's saying, "Let's be real... where do you think you're going with Junior?"

In a man's defense, there has been so much negaitivty surrounding the idea of marriage.  Can you really blame a man for dodging the matrimony bullet?  The idea of being locked down for the rest of your life, of having to answer to someone who thinks she's your mother, of having to wear a ball and chain around your ring finger turning away just about every hottie who failed to reveal herself before you jumped the broom sounds like sheer baffonery to any sane man.  Because we all know that men think they are going to miss something if they make that type of commitment.  As if Halle Berry will show up the day after he ties the knot and says, "Damn baby, I was off by one day."  Get a grip!

My advice to the career girlfriends without kids, KNOW YOUR WORTH... and I mean your true worth.  Don't just say your the ideal wife and you still can't boil water and you're still using the excuse that you're allergic to bathroom cleaner and every year you need a new wardrobe because you just can't give up the twinkies.  You have some improvements to make before you go demanding a ring!  But if you're truly wifey material and you're guy hasn't even mentioned the idea of marriage after maddd years of cleaning his dirty drawers, it may be time to cut those ties loose and move on.  At least long enough for him to realize he was tripping for not liking it and putting a ring on it like Beyonce said.  Or maybe the two of you really aren't meant to be and the time apart will reveal just that.
And for the career girlfriends with babies to feed... sorry, I got nothing for ya!  I will not advise taking that man from a home with his kids.  But you really need to figure out if marriage means that much to you... enough to ruin a happy (or even semi-happy) home.  Shoot me a comment and I'll forward you that Common Law paper work.  EYEListen.

SB: NEVER settle or sell yourself short... fellas or ladies.  Every decision you make should be done whole-heartedly because of what you value, what you believe in and what makes you happiest.  Ladies, marriage is not about fairy tale love or fairy tale weddings, its about spending the rest of your life commiting and sacrificing for the one you love.  Fellas, who else is gonna love you when that full head of hear wanes down to fuzz, you better marry her while you still got sex appeal! 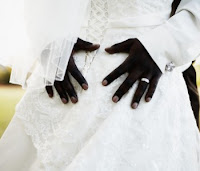