Knowing the Person You're Dating 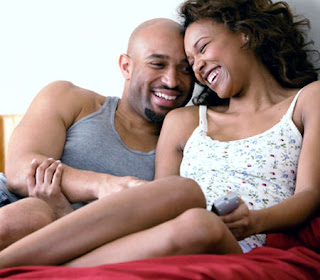 How well do you know your hunny??

There's nothing worst than a guy getting a birthday gift from his main squeeze and inside the box are a pair of shiny AX jeans or two scarves when his birthday is in summer.

There's nothing worst than a girl getting a $50 giftcard... and not even one from her favorite store... but instead, a generic mall certificate or even worst, a visa giftcard.

Is it so hard to pay attention to the small things?  To take note of the subtleties, the hints, the unspoken obvious.  That's what a relationship is all about.  The daily discovery of the person you conveniently spend all your time with.  The finding out that he likes seafood or hates dressing up or would prefer football over basketball any day.  Or that she couldn't care less about makeup or designer bags but her shoe fetish is bananas or that she loves Maxwell or going on weekend getaways.  How do you fall in love with someone without knowing and understanding what your falling in love with??  Moreover, how do you last in a relationship when you feel like your silent requests are being overlooked or ignored??

I love my hunny and even though I give him a hard time and everyday I manage to find something new to complain about, he knows that I know, without him having to verbally iterate, what makes him tick...

Do not touch the PS3
I will never cook like his mother, so don't bother
He's a sucker for a pretty face and a big butt
He's a visual eater so anything that looks pink, it's not done... even if its ham lol
He loves haagen daaz vanilla ice cream, lime tortilla chips and chessman cookies
Banksy is his favorite graffiti artist and he loves weird art
Dates to remember, Jordan's bday, MVC3 release date and when football season begins
He wears torn jeans and plaid shirts... but not any plaid, the squares can't be too big or too small
Rap music was God's way off showing off people's real talent... so he loves rap, listening and writing
Braves are his fav baseball team, Bills his fav football team and Bulls his fav basketball team (don't judge him lol)
Romance isn't his thing but he's one heck of a gift giver
He hates food with that rubbery texture, i.e. shrimp and boiled eggs
Mike's Hard Lemonade is as hard (he'd say pause here) as he'll go
He loves me <3

Knowing your hunny really just makes the relationship easier and more enjoyable.  If you know he forgets to call when he's hanging with his buds or that she yells when she's adamant and it's not to be demeaning, you'll realize it's a minor flaw and not negative intent.  You'll realize which battles to pick and choose.  You'll realize that all that's needed is understanding... (remember Escape... what I need from you is understanding... so simple as 1-2-3... and now Kandi was on some silly reality show and Tiny got wayyy too much botox in her lips. SMH)

Because you know what you're getting into, you show up to a baby shower with diapers and bottles... you show up to a bachelorette party with handcuffs and warming lotion... and unless you want to show up to court with pictures of the broken glass and his or her name scratched into your car... KNOW YOUR HUNNY!  EYEListen.

SB: No one's intent should be to change the person you're dating... but if it's been years and your babe hasn't even molded in accordance with how you are, i.e., avoided saying certain things that set you off, hasn't obliged to your "at least call if your going to be late" or still can't get you that simple gift that says "I'm paying attention baby"... maybe it's time to give someone else a shot.   ;-)
Message Approved by Just "J" at 11:47 PM