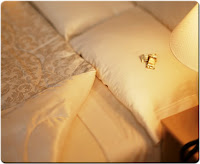 The other day, I blogged about why men cheat (So you Cheat Because…??) and I got some very interesting comments from men, in particular, that I needed a separate post to address them all.

One commenter compared cheating to breathing. He compared an act of infidelity, a violation of trust, an outright controllable free-willed dishonest action to the inhalation and exhilaration of breath in order to be alive!! I guess whatever leads a man to hold these two actions, completely irrelevant in comparison, with the same regard leaves me hopeless and feeling naïve to think that men will ever stop cheating. (Not that the thought has EVER crossed my mind)
He also noted that the reason why a man cheats doesn’t matter. So I guess if whole milk causes gas, there’s no point in finding out what causes the gas… just take a laxative and if necessary, call the doc in the morning. Hell, I might as well take the laxative with a glass of milk.

Another commenter criticized me as a blogger for even posting something so one-sided to bash men in some sort of attempt to soothe my own soul. He assumed that my post was hampering to learning and growth. And in order to truly assess such a topic, I would need to incorporate women into this said bashing and then it would be “fair” and then I may proceed with the bashing. So I guess in my blog about being overweight due to unhealthy eating, I should have also addressed bulimia and anorexia. And in my blog about what to do for the upcoming holidays, I should have also discussed some ideas of what to do for your New Year’s Eve celebration. Oh and my blog about loving my boyfriend, how dare I not include either ALL the guys I’ve ever liked or talk about if I’ve loved any females as well. It just wasn’t the scope of MY post. I didn’t blog about why men cheat as if to say that women don’t, nor did I do any male bashing, even though, the playing field WAS wide open and if I chose that route, I was more than welcome to do so. I simply stated four underlying reasons why, I, ME, JUST “J”, believe men cheat. Period.  (Believe me, I know there are a ton more excuses)

A third commenter talked about how “faithful women” need to check themselves because they are a far cry from perfect and being faithful doesn’t excuse the many flaws her character is adorned with. So aside from being faithful, we BETTER not be assholes, we BETTER not be holding our man accountable because of our father, or lack there of one, we BETTER not be complainers, and we BETTER shower our man with compliments each and every time we get a chance (check his comment, I’m not making this stuff up)!! So instead of a man being responsible for his own actions, (I mean, he is a man right??) he has his woman to blame for her flaws being the reason he slept with another woman. Not the reason he dumped her, not that he suggested counseling or found some other corrective measure to work out their differences. He cowardly uses her nagging and lack of compliments as the reason he f***ed another woman. I guess grabbing a few beers and staying out late with the fellas would have been too honest of a road to take and the only definitive punishment for his woman’s flaws is cheating. Should I also be assuming that this cheating man IS perfect and his only flaw is cheating? And his complimenting, being a provider, loving and affection are all above par. Let’s get real!!
He also mentioned that mother’s teach their sons to not trust women and never really approve of him dating. Well I guess I’m just lucky because all the guys I’ve dated seriously, or casually, have taken a fondness to me. It’s to the point that I can call any of them now and have a very pleasant conversation or I can drop by their houses and do the same. From when I started dating my bf, his mother loved me and even after I broke my leg, this woman took me in and cared for me while my bf worked. Maybe at 15, mothers aren’t ready for their sons to settle down. I’m 25 and at this age, I find that mother’s want grandchildren and for their children to settle down. It may not be what we want because we are still trying to figure ourselves out without the pressures and responsibilities of a family, but mother’s are ready (again, from what I’ve seen).
This commenter’s last point spoke volumes to me, though. “At the end of the day people need to figure what they can do to be better people first before they try and add another person to the equation” PRECISELY!! Please get on a bullhorn and recite that all around town.

I greatly appreciate ALL comments as it makes for a healthy discussion and I hope I don’t seem over the top for addressing them in a separate post. But these three readers had some very interesting points and I wanted to wholly address each one. Why am I explaining myself lol, this is MY blog!! =)
Message Approved by Just "J" at 4:36 PM